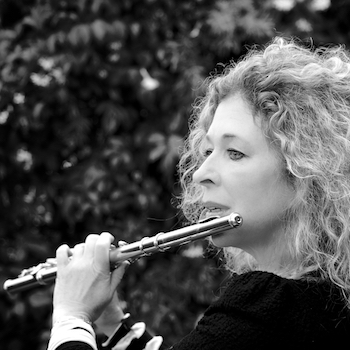 Meet Jane Rutter at the Convention

> Concert : Flute spirit and the seasons

Meet Jane Rutter in our blog

Australian Flutist Jane Rutter, awarded the prestigious French medal Chevalier de l’Ordre des Arts et Lettres in 2016 is a classical trailblazer who has devoted her life to French flute playing with a career of longevity that spans decades. (‘Knight of the Order of Arts and Letters’ is a French award of recognition for significant contributions to Arts & Literature.)

Miss Rutter is an expert in the French Flute School, which leads the world in sound, technique and elegance of expression on the instrument. An internationally acclaimed soloist renowned for her onstage warmth and brilliance, Jane is a Renaissance woman, a fearless classical trailblazer who has pioneered the trend of taking fine classical music to the people in varied venues. She is considered a major influence in the world of classical music.

Due to her French heritage, when she plays, her flute transcends traditional limits. With 22 solo albums under her belt Miss Rutter has played from The Sydney Opera House Concert Hall to Sydney’s iconic Tilbury Hotel; From performing with transgender stars, to Baroque recitals at La Sainte Chapelle, Paris.

Jane Rutter’s classical career is enhanced by her skills in World Music, Theatre, Film, Composition & Improvisation. She has appeared in the UK, Europe, USA, South-East Asia, South America and China, and is a household name in Australia. Described by ABC Classic FM as ‘One of Australia’s leading performance artists’, MissRutter is an Alumnus of Sydney University, who also studied in Paris on a French Government scholarship with Alain Marion and Jean-Pierre Rampal. (Jane was translator for Alain Marion for his summer master classes at l’Academie Internationale d’Ete de Nice).

Miss Rutter lectured in Flute, Chamber Music and Performance Pedagogy at the Sydney Conservatorium of Music Sydney University. She founded The Music Scheme to assist young professional musicians, formed the innovative chamber group, POSH, has produced many concerts at the Sydney Opera House, toured for Musica Viva and has appeared with The Seymour Group, The Australia Ensemble (formerly UNSWIG), and worked as principal flute in the Elizabethan Trust Orchestra (AOBO). As presenter on Channel Nine’s Getaway, Jane won a Peoples’ Choice award. The Nine Network’s 60 Minutes did a feature story on her musical philosophy and style. For her album Titania’s Dream Jane collaborated with Oscar nominee David Hirshfelder and subsequently played the role of Titania in A Midsummer Night’s Dream at the Karnak Playhouse.

Jane has performed regularly at the Sydney Opera House and performs worldwide as a soloist in recital, with orchestras, and in her One-woman classical-cabaret performances. Her concert-theatre piece, Tutti-Flutti, was nominated for an Edinburgh Fringe award. A performer and lecturer at International Flute Conventions, in 2005 Jane was the patron of the Australian International Flute Convention. Limelight Magazine, 2007, included Jane on its cover as a leading female influence in the world of Classical Music.