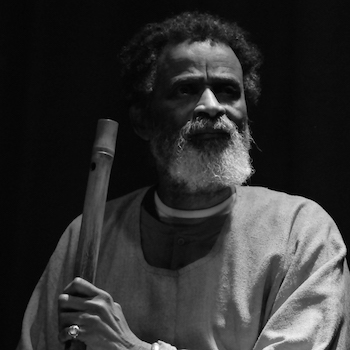 Meet Max Cilla at the Convention

A magician with notes and words, Max Cilla touches everyone who hears him. Wisdom from the hills of Martinique’s back country emanates from this exceptional flutist. Immersed in a quest for authenticity and spiritual awakening, the author-composer-performer has shared his music beyond borders.

To listen to the music of Max Cilla is to embark on a voyage through Martinique’s natural wonders. From Crépuscule tropical (Tropical Twilight) to La Baie du Robert (The Bay of Robert), and La danse des Bambous (Dance of the Bamboos), his songs appeal to our senses and transmit the “soul of the countryside,” as the musician himself explains.

“At a time when we’re often manipulated for commercial purposes, I want my music to allow everyone who listens to it to recapture the authenticity of being, to rediscover the richness in themselves,” he said.

Max Cilla is a generous man who at every concert shares his words of wisdom and his poetry with his audiences. From Guinea to Massachusetts to Paris, he has made his music into a universal chant.

Aptly named the “Père de la Flûte des Mornes” (“Father of the Mountain Flute”), it was Cilla who fashioned the bamboo instrument that had previously been played only in the countryside, creating a tablature or system of notation for it and transforming it into a flute recognized by musicians throughout the world. He plays with groups from the world of jazz, African and Cuban music, slammers, comedians, poets…

“I am free and open to all types of artistic projects….as long as they’re exciting for me!” he exclaimed. The Mountain Flute has many poems yet to recite – as evidenced by Cilla’s third CD, currently in the making.