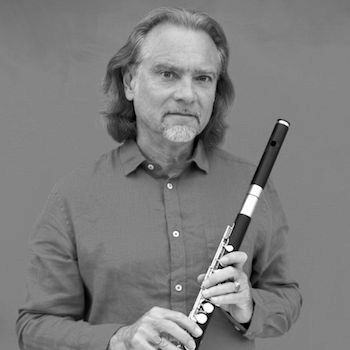 Meet Patrick Gallois at the Convention

Meet Patrick Gallois in our blog

Patrick Gallois leads a highly successful international career as soloist and conductor. From the age of 17, he studied with Jean-Pierre Rampal at the Paris conservatory and at 21 was appointed 1st flute of the Orchestre National de France, under Lorin Maazel Music Director. He has worked under the direction of such legendary conductors as Leonard Bernstein, Seiji Ozawa, Pierre Boulez, Karl Boehm, Eugen Jochum, Sergiu Celibidache. In 1984 Gallois left his orchestral vacancies to focus on solo career on his solo career.

Conductor
For 12 years, after creating his own orchestra in Paris, “l’Academie de Paris”, Patrick Gallois has developed a conducting career which has taken him to Japan (Tokyo Chamber Orchestra), Finland (Oulu, Kuopio and Jyväskylä), Sweden (Musica Vitae and the Swedish Chamber Orchestra), Italy (Orchestra da Padova, I Pomeriggi Musicale, Orchestra del Lazio di Roma), California (the Monterey Symphony), to Portugal, to Israel (Israel Chamber Orchestra), to Rumania (Cluj), and to Bulgaria (Sofia) and in France. He is frequently invited to return as conductor to these orchestras.

Patrick Gallois was appointed Musical Director of Sinfonia Finlandia Jyväskylä (Finland) for the 2003 Season. Since then, he has toured with the orchestra in France 2003, Poland and Japan in 2004. Forthcoming tours include France/Spain in summer 2005, Spain in spring 2006, Germany and Japan again during the 2006/7. With regular recording contracts for Naxos, Gallois and Sinfonia Finlandia have recorded Charles Gounod’s 2 Symphonies, and the first 2 programs in a series of Haydn symphonies

Repertoire
Patrick Gallois’s repertoire is extremely varied and includes with a strong taste for contemporary music. He has performed the world premiere of many new concerti such as Eric Tanguy’s 2nd Flute Cto. (Saint-Riquier Festival 1994), Sallinen’s concerto (Helsinki Contemporary Music 1995). He regularly plays Rautavaara’s and Penderecki’s concerti, the latter under the direction of the composer with Sinfonia Varsovia, Orchestre de Chambre de Lausanne, Stuttgarter Philharmoniker and the Japanese Philharmonic. Many new works have been dedicated and premiered by Patrick including: Kristof Maratka’s Cto (1997), Marcel Landowski’s flute Cto No.2 (1998), Renaud Cagneux’s Cto. for flute and harp (1998), Jacques Desbiere’s Cto, Kristos Hartzis’s concerto and in November 2001, Kai Nieminen’s concerto “Palomar”. Other composers have written concerti for him and those premiered in 2003/4 were by Emil Tabakov concerto for 2 flutes (Sofia, Jan 2003), Philippe Hersant (Flt Cto, The Hague 2005/06), Jan Sandstrom (Orquestra de Euskadi 2004) and Rocco Abate (Italy 2005). Both Karen Tanaka and Kelly-Mary Murphy wrote a concerti for flute and cello dedicated to Patrick Gallois and Shauna Rolston (for Radio France and CBC Canada 2004), as well as Ron Royer (double concerto for flute and cello) was be premiered in Finland in 2004, and Jose Luis Campana (flute concerto, Argentina 2005/2006).